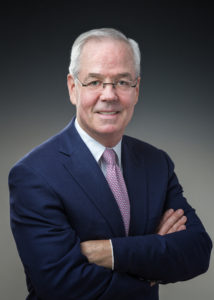 The MAMA / Edmonds PERS Market Study: Why it Matters “All mature industries, without exception, rely on this kind of data.” - Henry Edmonds Henry Edmonds, President of The Edmonds Group, is a big fan of data — and not just because his company is behind the annual Medical Alert Monitoring Association (MAMA) PERS market survey. Three years ago, MAMA leadership came to Edmonds with a problem: The PERS industry was being held back by its inability to tell its story without hard data on its impressive growth, its size, and its key performance metrics. MAMA’s proposal: Let’s model ourselves on other industries and conduct a confidential survey of companies. Thus began a mission to survey the entire industry, from the largest national companies to the smallest local players, to better understand this fast growing market.  Edmonds says, “I think there has been a gut feeling, an anecdotal feeling, that this was a good industry to invest in because of the big picture of an aging population, health costs needing to be kept in control, and the vast majority of people preferring to age in place as opposed to being in some kind of institution.” He goes on to say, “What our survey data has done is corroborate and provide a quantitative perspective on that gut feeling. Now we’re able to support the fact that it is a healthy, growing industry and penetration is creeping up. The picture that our data also paints is that our industry has a lot more upside.” Now in its third year, the annual market study has highlighted to investors, including those making acquisitions over the last few years, the opportunities to be found in the market. Building on what Edmonds calls a “data pyramid” with each year’s new survey, the data helps to analyze the sheer size of the industry, how fast it’s growing, and its major players. “We’re involved regularly in transactions involving the space, and our data has been helpful in influencing valuations and helping deals get closed,” said Edmonds.  All survey data supplied by PERS companies is held in strict confidence by Edmonds’ firm and only shared as part of their aggregated reporting. Part of MAMA’s selection of The Edmonds Group as administrators of the survey was the need for a respected third party with a reputation for confidentiality. Edmonds sees future years of the study expanding to gather information on customer channels, whether it be direct-to-consumer or healthcare, and how companies are obtaining new customer leads. Leveling up from that is questions on attrition, the cost to invest in new customers, and profit margins.  While over 80% of the industry participates, Edmonds and his team work in close collaboration with the MAMA board to drive awareness on the survey’s value, with hopes of convincing more PERS companies that completing the survey is more than worth their time — a goal that will only benefit the industry as a whole. For those companies that have yet to participate in this year’s survey, here are five facts Edmonds and his team would like you to know:

You can join Edmonds as he presents this year’s survey results and analysis virtually from the 2020 Annual Conference on Tuesday, September 22nd.